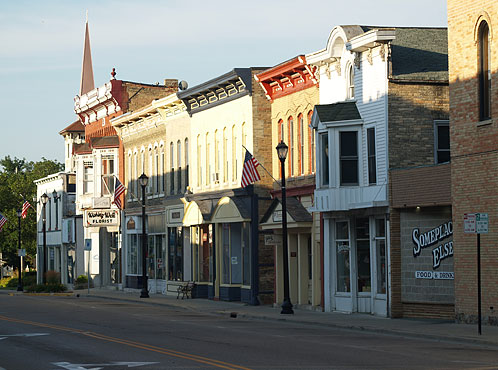 In 1836, Colonel Samuel Phoenix spotted a rack of elk antlers in a tree and proclaimed the area as “Elk Horn.”

The area’s beauty and fertile soil lead Daniel Bradley, his son Milo, and LeGrand Rockwell to create a community in the area.Its growth to a population of 539 led to the first town meeting in 1846. Elkhorn was designated county seat that same year because of its location in Walworth County.

Because the city places Christmas decorations around its center, Elkhorn has been called the “Christmas Card Town” since before World War II. This tradition is celebrated every year by an annual oil painting by local artist Jan Castle Reed. These watercolor paintings are turned into Christmas cards.